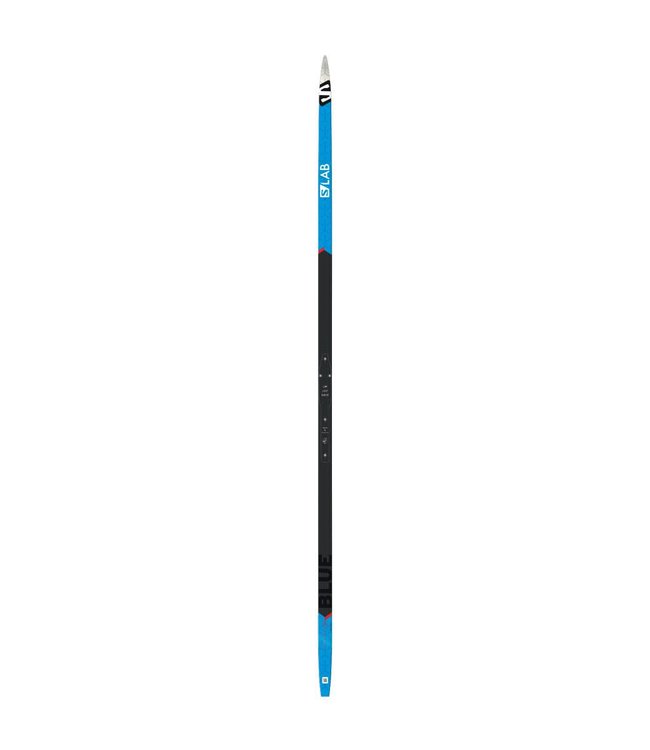 I tried this ski for the first time in November of 2015. Isaac Wilson, Nordic Commercial Manager and good friend, took me aside and showed me two pairs of the newly re-designed Salomon classic race skis. He said I could ski on them for a few minutes and then would need them back as the official release was not happening until later that winter. I grabbed the best feeling pair of the two after a quick squeeze and skied off. FINALLY is what I thought to myself. Salomon has finally designed and built a classic ski that could compete with the other brands on the World Cup level. I was previously sponsored by Salomon/CXC from 2005-2011. During that timeframe, it was very difficult to find good or robust classic skis from Salomon. With the new design from Salomon, finding great classic skis is much easier. That pair I tried from Isaac is still in my bag (he never got it back) and I had my best nationals’ classic result on that pair in 2016 in cold snow at Houghton. The Blue classic ski has less splay and a very low riding pocket. I have used it with marginal results when going to warmer kick waxes (think Start Oslo) and very limited success in the klister range but for a green and blue and maybe violet hardwax ski… amazing.

0 stars based on 0 reviews

0 stars based on 0 reviews